Everything is ok, jihadists love kitten

Some medias have deliciously noticed a very congenial Twitter account. Fighting for the Islamic State of Iraq and the Levant (ISIS), « Islamic State of Cat » offers pictures of mujahideen… in company of charming kittens.

This account offers abundant shots of poor kittens and their companions in misfortune, from Aleppo… to the United Kingdom. This series surfs the wave of an astonishing fondness of the web for these balls of fluff, which has been exploited by publicists. Here, a jihadist gives milk to a kitten. There, an other poses with a cat in one hand and a kalachnikov in the other. Elsewhere, some civilians are associated to the process, befriending either cats and jihadists. 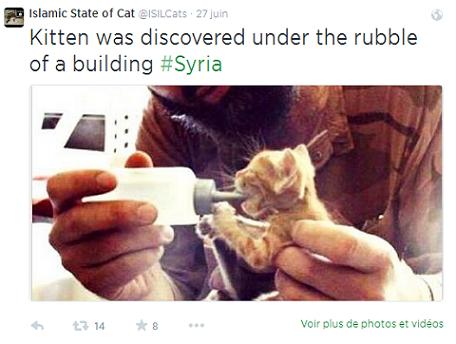 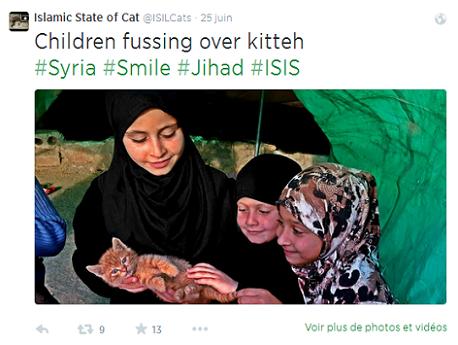 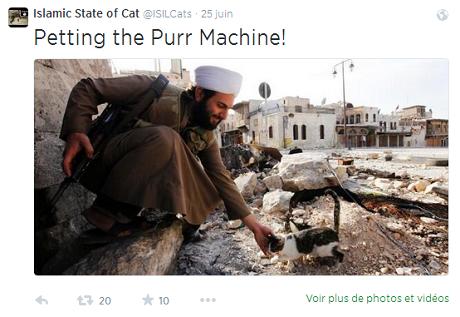 The messages are particularly off the wall. Though, they are interspersed with others, dedicated to usual fights of the cause: jihadist blurb, religious references, support to battle. Failing on having enough cats… The author also offers lambs or dogs. 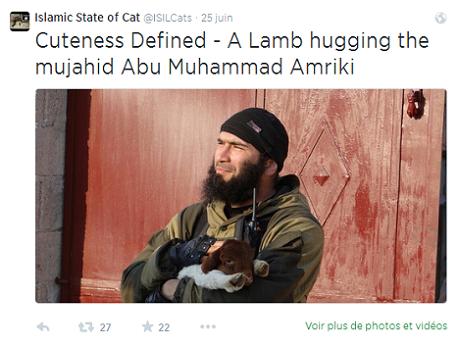 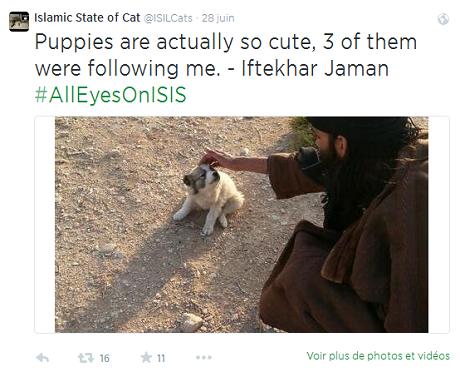 Cats ? Why do jihadists give a flying fuck about cats?!

Firstly, it should be wondered who is this account’s author. If he does not seem to try to bring discredit upon ISIS, he appears at least that he should be taken with a grain of salt. Some hints (a reference to Game of Thrones, a british number plate on a picture) lead to think that he might be an european supporter of jihad, probably quite young and certainly not involved in fights on the field. 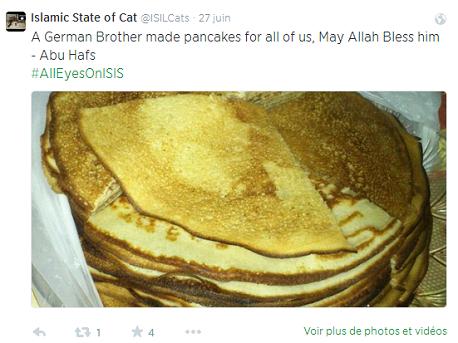 If this iniative can make smile, it can either be usefull to a few things, profitable to ISIS fighters and their joyfull comrades: